She is the Lead Pharmacy Technician and recent Interim Pharmacy Manager at Vibra Hospital in Fargo, a 31-bed, long-term acute care facility that serves patients coming from intensive care. The facility specializes in mechanical ventilation weaning and transition to rehabilitation, and its pharmacy administers more than 18,000 medication doses per month. She is also former President of and current state board liaison to the Northland Association of Pharmacy Technicians, the organization that led the effort in 1995 to achieve required technician registration and education in the state.

“Diane has an impressive record of leadership on behalf of pharmacy technicians. She is committed to promoting technicians as an integral part of the health care team within their scope of practice,” said Everett B. McAllister, MPA, RPh, Executive Director and CEO of PTCB. “PTCB is thrilled to name her the CPhT of the Year. Diane is a model advocate for patient safety, a remarkable leader, and a clear and inspiring voice for technicians. The effort to procure a board seat in North Dakota took years of passionate work by technicians in the state, and Diane was a critical driver of this success.” Ms. Halvorson will be honored at a special luncheon event during the APhA Annual Meeting and Exposition on March 26, 2017 in San Francisco.

“Diane is truly deserving of this recognition as she has been an outstanding leader in advancing public safety in North Dakota through education and certification of pharmacy technicians,” said Mark J. Hardy, PharmD, Executive Director of the North Dakota Board of Pharmacy, “and Diane’s dedication to representing technicians to our profession has been of paramount importance to advancing models of care.”

Ms. Halvorson is an advocate for national standardization of technician education, preparation, and credentials. “It was shocking to me when I learned years ago that there were people working in pharmacies who did not have standardized training," she said. "When I came to realize that the majority of medication errors were due to lack of education and preparation, I became dedicated to advancing national standards for technicians. I think a patient walking into any pharmacy in any state should know that the person helping prepare their prescription has met the standardized requirements for knowledge and training that the pharmacy profession says they need to do their job. Being recognized as PTCB CPhT of the Year is a tremendous honor, but this is not about me; this is about technicians being advocates for our important place in health care safety as defined by our scope of practice.”

While serving as Interim Pharmacy Manager at Vibra until a new director was named this month, Ms. Halvorson was instrumental in EMR implementation and took the lead to educate staff to expand patient/medication bar code scanning to a usage level of 98%. “By showing employees first-hand how accuracy improves with bar coding, we motivate staff to take ownership of their critical role on the team,” said Ms. Halvorson. She established a new process for insulin dispensing, placing it in the automated medication system, so employees now retrieve a patient’s insulin using a unique bar code label, thereby improving patient safety and decreasing waste. “Now the system helps prevent human error and decreases potential for it to happen,” said Ms. Halvorson. Her many responsibilities include ordering, cart fills, inventory, dispensing, and preparing IV mixtures.

PTCB's CPhT of the Year Program honors and recognizes individual achievement in patient care, leadership, service, and mentorship as a way to encourage and support excellence and innovation among all pharmacy technicians. More than 375 CPhTs were nominated for the 2016 CPhT of the Year from all pharmacy settings. PTCB selected eight finalists, including CPhTs Ashley Bollinger, Barrett Mand, Brande Ribillia, HS2 Johnathan Gunn, Nicole Bernabe, Nikki (Andrea) Ratliff, and Master Sergeant Robert George. 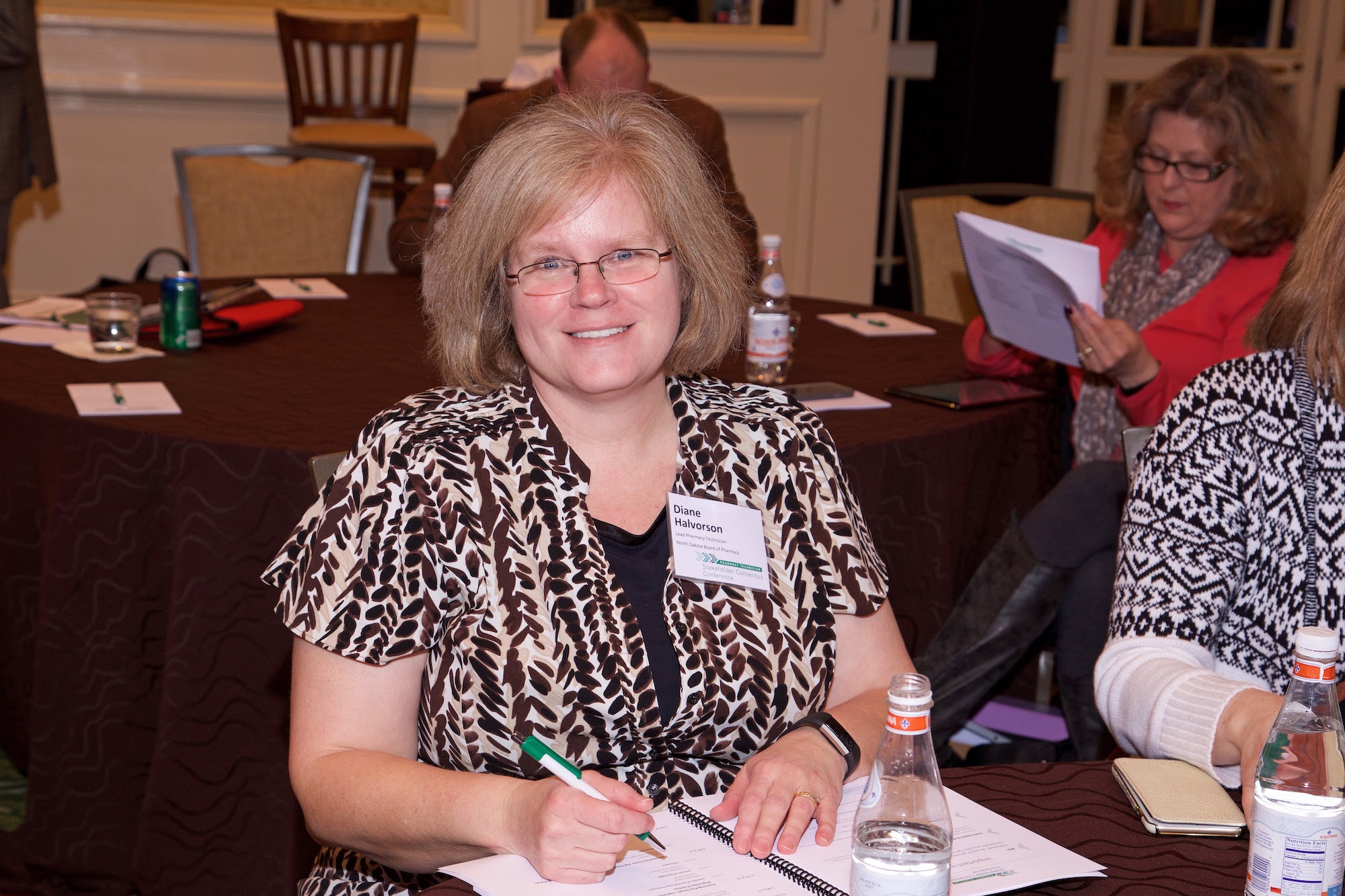