PTCB recognized SSgt Johnson for launching a major policy initiative to implement new standardized opioid prescription guidelines in Air Force pharmacies in Europe. She is the Non-Commissioned Officer in Charge of Pharmacy Services at Geilenkirchen NATO Air Base in Germany. Her initiative is bringing new guidelines to European providers consistent with opioid prescribing limitations being implemented in the US, such as stricter dosing and limited day supplies.

“My passion for addressing the opioid crisis comes from witnessing first-hand, through someone close to me, how opioid prescriptions can negatively impact someone’s personal and professional life,” said SSgt Johnson. “My ultimate goal is to take a proactive approach to treat pain throughout Europe without excessive quantities of opioids before an epidemic harms the military health care system.”

Mr.McAllister said, “SSgt Johnson is an advocate for rigorous technician certification by demonstrating the high level of responsibility CPhTs in leadership roles are capable of. Our honoree’s work is having a major impact on patients. Her dedication to patients is an inspiring example for pharmacy technicians.”

“Being named PTCB CPhT of the Year is my greatest accomplishment so far. I plan to continue to seek out new opportunities to enhance outcomes for each and every patient while embracing the culture of patient-centered care as a trusted care technician,” said SSgt Johnson. “This will not only enhance my role as a PTCB CPhT, but will allow me to be a better mentor for newer technicians.”

Scott A. Meyers, RPh, MS, FASHP, PTCB Board of Governors member and Executive Vice President of Illinois Council of Health-System Pharmacists, told the group the event raises awareness of the valuable leadership roles of CPhTs. He also referred to the upcoming departure of Mr. McAllister for a new career at the end of December, applauding McAllister’s many initiatives, including PTCB CPhT of the Year, to recognize the major contributions of CPhTs to medication safety.

Paul Abramowitz, PharmD, ScD(Hon), FASHP, PTCB Board of Governors member and CEO of ASHP, said he was honored to have worked with Mr. McAllister during the past 5 and a half years. He praised Mr. McAllister's exceptional work heading PTCB and his efforts toward professionalizing the role of pharmacy technicians and demonstrating their strong value as members of the health care team. 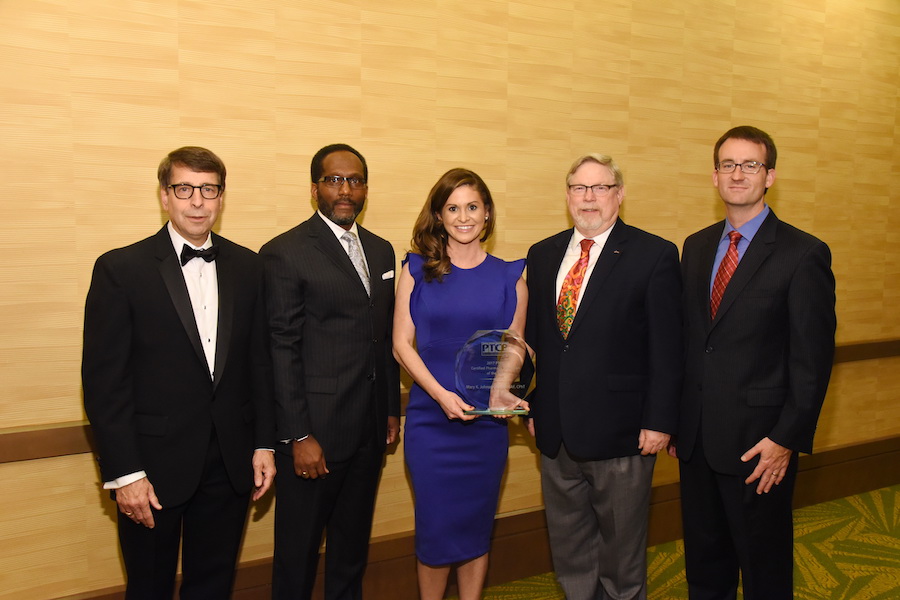